Plant a tree in memory of Gerardo
An environmentally-friendly option 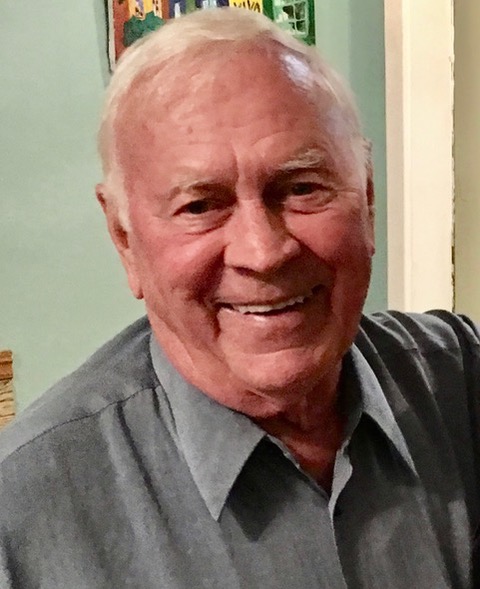 Gerard E Benkovich, on Friday evening, February 26, 2021, left this earth for his heavenly home, where today he will surely be visiting with his younger brother and parents that went ahead of him. After fighting a valiant battle with lung cancer, he laid down in his bed on his final night on earth, before passing peacefully, at age 83, to be with the Lord.

Gerard was born May 8, 1937 in Leandro N Alem Misiones, Argentina, where he grew up with his family and relatives in the tropics and mate-farming region of the country’s north. In 1952, at the age of 15, he set out on his first major adventure, to live in the ‘big city’ of Buenos Aires, where he soon connected with a family friend and landed an apprenticeship with an electrician. He attended  the industrial college in Buenos Aires, where he studied electrical engineering. Gerard set out on his next great journey on April 22, 1963, immigrating to the USA with his first wife, Nina Benkonvich and settling in Coloma, Michigan. However, soon the couple became intrigued by the allure of the American West and drove cross-country on route 66 to California. Three years later, they moved to the Bay area, where Gerard first landed a job with IBM in San Francisco as a service technician. Soon afterward, he moved to Cupertino, California, where he worked at National Semiconductor for over 15 years, as a maintenance supervisor.

While in his new home, he welcomed his two children Claudia (now Paterson) and Adrian Benkonvich. After leaving National Semiconductor, Gerard continued to work as a consultant project manager for many companies around the Bay Area, such as Zintech in Mountain View, as well working on projects in St. Louis, Missouri, Puerto Rico, and Mexico. In 2003, he moved to Oroville, California, with his second wife, Felipa Gallegos, when he settled into a home on a 5-acre property overlooking the town, lake, and mountains. He enjoyed tending to his garden and many fruit trees and working on the house and other assorted handy-man projects, as well as caring for their animals, and avidly watching soccer matches, especially those of his home-land, Argentina.

Each year, he and Felipa would travel to San Juan de Oriente, Nicaragua, where they built a house, and began conducting humanitarian work in the local community. On many of their projects, they partnered with a Sacramento, CA-based organization, Friends of San Juan de Oriente. Over the years, Gerard became involved in construction of an open auditorium for the local school, a dining area for the children, and many other smaller community projects. The family is requesting that instead of giving flowers, friends and relatives, donate in Gerard’s name to the organization mentioned above to help complete his final dream—the construction of a multipurpose sports arena for the community and his favorite school. (See details below.)

Gerard is survived by wife, Felilpa Benkovich, his son, Adrian and wife, Tatia, and their son, Luke, Claudia and her husband, Kevin, his first wife, Nina, and one sibling, Hilda, still living in Argentina.

Close family and friends will gather at Gerard’s Oroville home on his coming birthday, May 8, to celebrate his life and recognize his graduation to a new, heavenly home.

Donations can be made to: Friends of San Juan de Oriente www.friendsofsanjuan.org

info@friendsofsanjuan.org. Please mention the donation is made in the memory of Gerard Benkovich for the construction of the multipurpose sports arena.

Plant a tree in memory of Gerardo by clicking here.
To send flowers to Gerardo's family, please visit our floral store.

A service summary is not available

Plant a tree in memory of Gerardo
An environmentally-friendly option

Plant a tree in memory of Gerardo

6 trees planted in memory of Gerardo


A Grove of 3 Memorial Trees was planted in memory of Gerardo E. Benkovich

Gerardo,
It has been our reward to have known you and your family all these years.
We are planting this tree in your honor and giving a general donation to friends of San Juan as well.
Ann and Julian

A Memorial Tree was ordered in memory of Gerardo E. Benkovich.  Plant a Tree

Thank you for all you did. It was a pleasure to have known you.
Love,
Anthony, Erin and Margot Arieas
209.602.1966
Anthony Arieas

A Memorial Tree was ordered in memory of Gerardo E. Benkovich by Anthony Arieas.  Plant a Tree

A Memorial Tree was planted for Gerardo E. Benkovich

Plant a tree in memory of Gerardo