We would like to offer our sincere support to anyone coping with grief. Enter your email below for our complimentary daily grief messages. Messages run for up to one year and you can stop at any time. Your email will not be used for any other purpose.

Share a memory
Obituary & Services
Tribute Wall
Read more about the life story of Eileen and share your memory.

Eileen Marie Taylor was born December 5, 1927 in Dunnville,
Ontario, Canada to William McKenzie Rowe II and Elizabeth Cowell Rowe. She
died October 10, 2022 in Oroville, California at the age of 94. Eileen was the 7 th of
9 children and the last surviving sibling.
She graduated from Hamilton General Hospital School of Nursing in 1949. Her
nursing career took her to Winchester, VA, Ann Arbor, MI and Seattle, WA where
she met and married Robert Taylor in 1959. After marriage, she returned to
Ontario, Canada, subsequently moving to California in 1967 where she attained
certification in Critical Care Nursing at UCSF. She retired from Oroville Hospital in
1989.
Eileen committed her life to Jesus Christ in 1983 and became a member of Calvary
Baptist Church, later transferring to Grace Baptist Church of Oroville. She was also
a member of Lake Oroville Women’s Golf Club and Oroville Hospital Auxiliary
Guild.
She was preceded in death by her husband of 23 years, C. Robert Taylor, in 1982.
She is survived by her only son, Troy Clifford Taylor of Georgia; many nieces,
nephews, cousins and friends, as well as a special step-granddaughter, Rhonda
Griffin of North Carolina.
Memorial gifts may be made to the Oroville Rescue Mission. No services will be
held, at her request.

To send flowers to the family or plant a tree in memory of Eileen Marie Taylor, please visit our floral store. 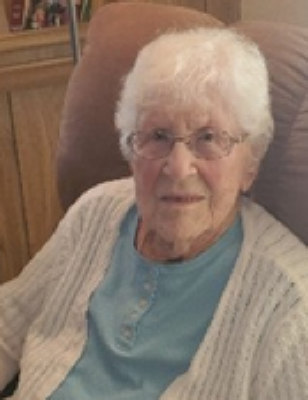 In Loving Memory Of

Look inside to read what others
have shared
Family and friends are coming together online to create a special keepsake. Every memory left on the online obituary will be automatically included in the book.

In Loving Memory Of

Look inside to read what others have shared

Family and friends are coming together online to create a special keepsake. Every memory left on the online obituary will be automatically included in the book.

You can still show your support by sending flowers directly to the family, or by planting a memorial tree in the memory of Eileen Marie Taylor
SHARE OBITUARY
© 2023 Rose Chapel Mortuary and Crematory. All Rights Reserved. Funeral Home website by CFS & TA | Terms of Use | Privacy Policy | Accessibility