Plant a tree in memory of Doris
An environmentally-friendly option 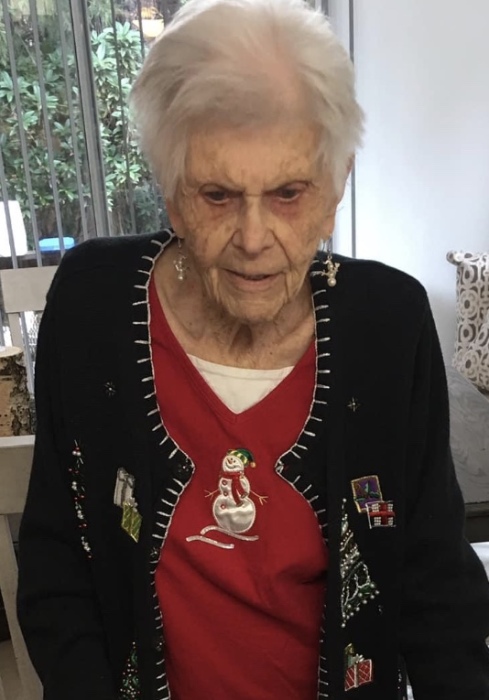 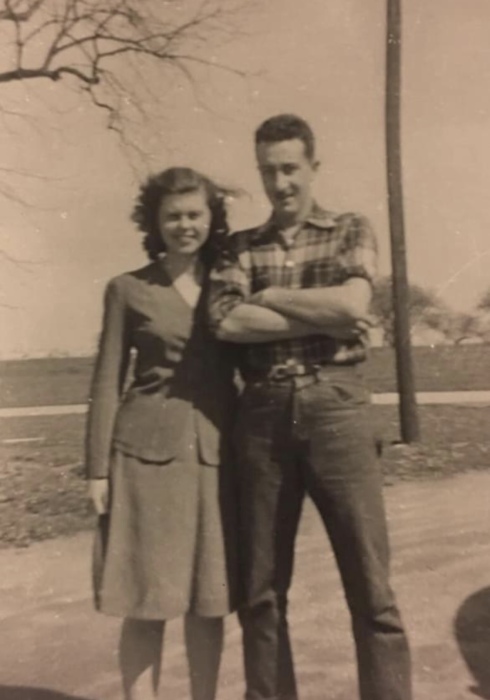 It is said that the dates themselves aren't as important as the dash between them.  Doris' "dash" was indeed spectacular!

Born in Huntington Beach, Orange County California, to Raymond Wade Phillips, at the time a Blacksmith, and to Rose Yost Phillips, a housewife.  Doris attended

Brea Linda  High School where she was an "A" student.  Eligible to attend college, family finances were not such that she could.  She went to work for the Bank of

America as a teller and promoted to head of the financial dept. due to her excellent math skills, dependability and responsibility.  Those traits never left her

as her life progressed through so many adventures, trials and triumphs.

She met the love of her life, Ralph Edward Carpenter, Senior year in high school.  What started out as a great friendship, resulted in a 49 year long marriage that

was as strong and sweet as any I've seen.  Their union created three sons - Gary Ray, Ted Allen and Daniel Charles.  Sadly, Gary and Ted passed away in 2016,

within 8 days of eachother.  The worst nightmare for a mother to outlive her children.  But their lives were full of adventure as Dad joined the Army and they all

traveled all over the U.S. and to their favorite place, Panama.  Doris was the perfect military wife, keeping things strong and calm on the homefront when

Ralph was away and supporting him 100% in all he did.  She was certainly one of "The Greatest Generation" as Tom Brokaw has defined in his book of the same name.

There wasn't anything Doris couldn't do!  Except, by her own admission, make fudge or cook fish.  She knitted, crocheted, needlepointed, tatted, canned, oil

painted, sewed, hooked rugs, baked,......and to top it all off, at the age of 70, after Ralph's parting, she became a travel agent at Mission Travel in Oroville, CA.

This entailed her flying to Texas by herself to go to school to learn the business, including the computer!!!  What a woman!!!  She loved this career and it

afforded her the opportunity to travel worldwide, which she dearly loved.  Camel rides, Kodiak trips, helicopter rides...the more exciting the better!  Speaking of

which, on her 72nd birthday, she made a tandem parachute jump!  With a knee replacement at that!  And, if that wasn't enough, she had a ride home in the

sidecar of her son, Ted's, motorcycle!  That, she exclaimed, was scarier than the jump!

To say that this woman inspired all of us is an understatement.  We loved her as a mother, grandmother and great-grandmother, but we also valued her as an

exceptional person...actually, an ordinary person who did extraordinary things.

Doris loved Jesus and is now home for eternity with Him. We who believe in Him shall see her again!  Hallelujah!

For God so loved the world that He gave His only begotten Son, that whosoever believes in Him shall not perish, but have everlasting life.

Plant a tree in memory of Doris by clicking here.
To send flowers to Doris' family, please visit our floral store.

A service summary is not available

Plant a tree in memory of Doris
An environmentally-friendly option

Plant a tree in memory of Doris

3 trees planted in memory of Doris

How do I even begin? My grandma was the strongest woman I have ever known. She taught me how to live life head on and to take everything as it came. She taught me how to live each moment for what it offered and to be thankful for each day. She taught me how to live without fear and to be unapologetically me. She always gave the best and most honest advice. I won't ever forget when my friend Brenna and I happened to see my grandma in the Chico mall and we thought we were sneaky by talking her into driving us out to Cycleland Speedway that night so we could go to the races (without our parents permission of course!) She graciously took us home (top down in her red Mustang convertible to boot!)..she made us corned beef sandwiches on homemade rye bread. Shs even made us pink lemonade (which she kept on demand in her fridge dispenser)  and helped us paint our nails. We were none the wiser to what she was secretly plotting. She so kindly dropped us off at the racetrack several hours later and we thought we had it made.... until my dad showed up to ruin the party.  I was so embarrassed...how could he possibly know what I had done and where I was?! That night I was punished by having to sleep at camp with no sleeping bag and  the skimpy clothes I had gone to the track in. I will never forget that day, in Its entirety. That day I learned the sacrifices we make as parents, the things we put each other through....but most of all that day I learned that my grandma saw that I was making a bad choice and rather than ridicule me, she carefully watched and guided me, then made sure that after she had done her part, she knew my dad would be there to take over. I have so many memories, my 35 years of memories....but this one sticks out to me because YOU knew I needed saving and protecting when I couldn't see that for myself. Thank you Grandma, for everything.  I will see you again.

Dori’s, Always a positive person. At 97 years young was a joy to be around and very alert . She spoke lovingly of her family, life living in Germany and Panama. Full of enthusiasm reliving memories and never dwelled on the limitations of her age. I remember her speaking of her travels and the joys of experiencing different cultures and the many people she met around the world. She was so thankful for her loving and very supportive family. Such a joyful person, I will truly miss visiting with her.

I pray this tree remains as strong and memorable as the life that Doris lived. I wish all the family fond and beautiful memories of their time tpgether. She was truly a brave woman. Love, Janet
Janet Payne

A Memorial Tree was ordered in memory of Doris Isabell Carpenter by Janet Payne.  Plant a Tree

A Memorial Tree was ordered in memory of Doris Isabell Carpenter by Darby.  Plant a Tree

A Memorial Tree was planted for Doris Isabell Carpenter

Plant a tree in memory of Doris